Create a Pelican plugin to minify HTML, CSS, and JS

Minification of wesite resources is an essential step for good PageSpeed / Lighthouse scores, and as I've bragged in past, CloudBytes/dev> scores a perfect 100. 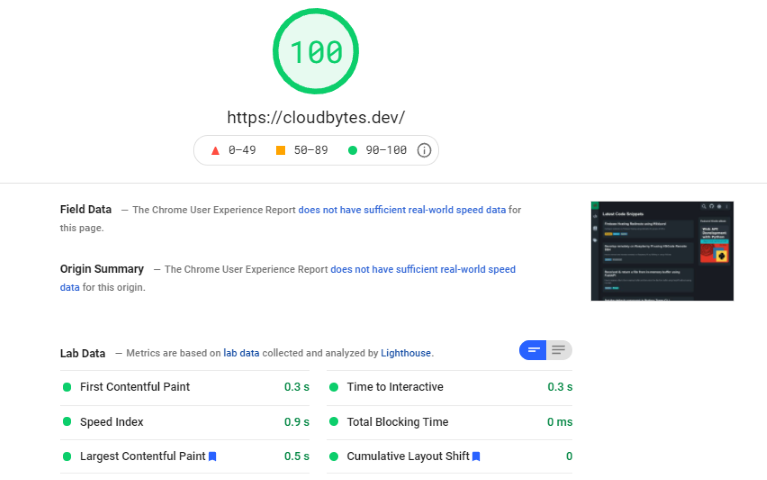 This is partly because Website generated by SSGs are generally faster than the ones generated using CMS solutions like WordPress, etc. But the main reason is non-redundant JS & CSS code.

To make websites faster still, you minify the contents of all the HTML, CSS & JS files which typically results in smaller file sizes that consequently means faster load times for users.

There are a lot of options in Python to minify your webassets, but none of them work. Either they break your website (e.g. remove embedded JS code) or are outdated and not maintained. I personally tried the below in dev environment:

First step is to install the minify-html package. Run the following command

Then create a plugin, using the below code

Add it to the plugins list in pelicanconf.py and you're good to go with a website that is almost 20-30% faster